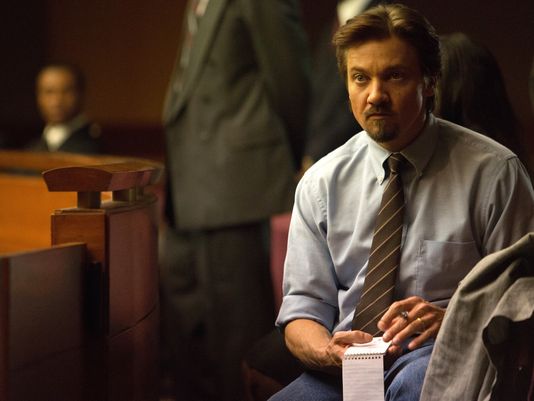 Jeremy Renner has been involved in every type of danger that comes with starring in action franchises such as Mission: Impossible, The Avengers and The Bourne Legacy.

But even Renner was daunted by the decidedly less-physical world of investigative newspaper journalism in his upcoming film Kill the Messenger (2014, no release date yet).

"That is one tough trade," says Renner. "It took me to a pretty intense world."

The dramatic thriller is based on San Jose Mercury News journalist Gary Webb, who wrote a highly controversial 1996 series alleging the C.I.A. played a role in the importation of crack cocaine to California, with illicit proceeds funding the Nicaraguan Contra rebel army.

The reporter's life changed drastically after receiving a source phone call that started the ball rolling, says director Michael Cuesta, the Emmy Award-winning director of Showtime's Homeland. The tale follows the reporter as he pulls together the pieces of his story and then deals with the blowback.

"Gary just starts digging and keeps digging like a Doberman to find the truth," says Cuesta. "But he never expected the story to have the response it did."

"Good investigative journalism ruffles feathers," says Renner. "From the reaction he got, Gary was doing something right."

Facing a growing storm, Webb's bosses wrote a backtracking editorial, and Webb eventually left in a cloud of controversy.

"It's a man left out in the wind on his own," says Renner. "The letter was the ultimate betrayal for Gary, I believe. The mothership bailed and that crushed him."

Renner, experiencing award buzz for his upcoming role in American Hustle, took on double duty in Messenger, portraying Webb and also producing a film for the first time. Preparing for a newspaper reporter role had its difficulties as large as understanding the mind-set of a man professionally besieged and as small as having illegible handwriting for scenes involving his reporter's note pad.

"Fortunately, Gary was known for having really (terrible) handwriting anyways," says Renner. "Mine is not great. We had to reshoot a few scenes when we did close-ups of my written words."

Producing required Renner to reach into his Hollywood address book to help corral a cast which includes Ray Liotta as an ex-C.I.A. operative and Rosemarie DeWitt as Webb's supportive wife. "I had to ask a lot of favors for people to come in and do some work with us," says Renner.

But the subject matter, with a screenplay by former New York Times Magazine writer Peter Landesman, was important to Renner, who grew up near the California city where Webb worked. Webb shot himself in 2004, an act that Internet scribes have deemed suspicious but which the filmmakers treat as the self-inflicted result of the overall backlash. "Everything he had in his life was his job," says Renner. "And you take that away from a man, then it leads to a tragic situation."

Cuesta says the film is not meant to attack the government or carry a strong political agenda, even if it shows the once discredited reporting eventually receiving validation.

"I'm not thinking big message or an indictment film. I'm not Oliver Stone," says Cuesta. "The movie to me was much more about the burden Gary carries wanting to get to the truth. And what that does to you. I am more interested in seeing a man who goes out and fights what seems like an unwinnable war." 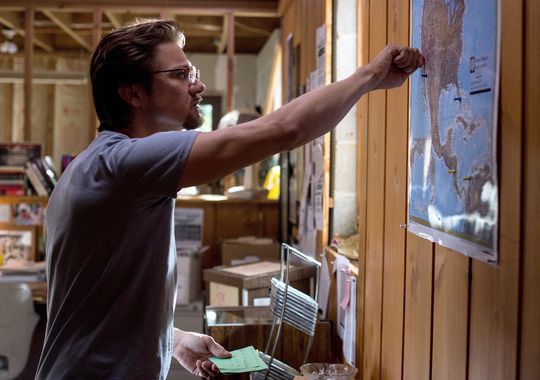