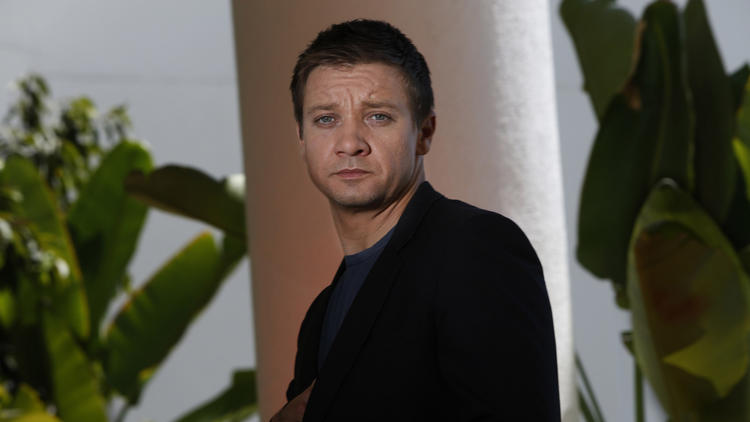 In 1992, Jeremy Renner came to Los Angeles as an aspiring actor with three specific goals in mind. (1) He wanted to be in a movie. (2) He wanted to have a significant enough role that he wouldn't have to explain that he was, say, that guy wearing the red shirt in the party scene. (3) He wanted to appear in a film big enough that it would play in his hometown of Modesto.

Renner figured it would probably take him a decade or so to meet those goals. As it happened, he achieved them on his first job — as an underachieving teen in the 1995 high-school comedy "National Lampoon's Senior Trip."

But if he thought success would unfold in a predictable fashion from there, life had other plans. Four years later, Renner was living by candlelight in his apartment because he couldn't afford to pay his electric bill. And 10 long years and two dozen mostly minor film and TV appearances after that — well past the point when many reasonable people would have abandoned the acting dream — his career suddenly took off with his Oscar-nominated turn as a single-minded Army explosives expert in the 2009 Iraq war drama "The Hurt Locker."

"It was like you're playing baseball your whole life and then you suddenly get on a team and go to the World Series," Renner reflected one afternoon this summer, perched on a stool at a bar in his sprawling home in Hollywood, a house once owned by director Preston Sturges. (Renner, who has a side business buying, renovating and reselling houses, has worked to restore the property to its former glory.) "All of a sudden I was 'the new guy in town' after being here 20 years. I was like, 'That's fine by me, I'll be the new guy.'"

At 43, Renner is no longer the new guy, but he continues to carve out one of the most improbable acting careers in a city full of them. A leading man with the rugged looks and slightly off-kilter sensibility of a character actor, he finds himself in the enviable situation of balancing roles in a number of the industry's biggest franchises — the "Avengers," "Mission: Impossible" and "Bourne" series — with smaller dramas like 2010's "The Town," for which he earned his second Oscar nod, 2013's "American Hustle" and "Kill the Messenger," which opens Oct. 10.

In "Kill the Messenger," Renner plays newspaper reporter Gary Webb, who published a series of investigative stories in the San Jose Mercury News in 1996 alleging that throughout the crack epidemic of the 1980s, drug-trafficking profits were used by the CIA to support the Nicaraguan Contras. Webb's "Dark Alliance" series sparked a public firestorm, and a number of other news organizations including the Los Angeles Times, the New York Times and the Washington Post dispatched their own reporters to pick apart his work. Buffeted by controversy, dismissed by many as a conspiracy theorist, Webb saw his career founder. He eventually resigned from the San Jose Mercury News, and in 2004 he took his own life.

Over the years, Webb's work has been reappraised and largely vindicated. In 2006, the L.A. Times published an op-ed by journalist Nick Schou, whose book about Webb, also titled "Kill the Messenger," was the eventual basis for the new movie. Schou wrote that while there were "major flaws of hyperbole" in "Dark Alliance," they ultimately "had more to do with poor editing than bad reporting." Then-L.A. Times Managing Editor Leo Wolinsky (who is portrayed in the film by Dan Futterman) told Schou , "In some ways, Gary got too much blame. He did exactly what you expect from a great investigative reporter."

Despite hailing from close to where Webb's story unfolded, Renner was unfamiliar with the history before the script came along. (The closest he ever came to the story, he said, was when he auditioned for a "This Is Your Brain on Drugs" public-service ad early in his career.) What interested him was less the political aspect of Webb's saga than the personal one.

"Pointing the finger at the CIA or Ronald Reagan or whatever — that's a very complicated net to cast," Renner said. "What I liked about the story is you could personalize it to one human being that really got screwed over. I love all that cinema of the 1970s, and that's what this felt like to me. It resonated with movies like 'All the President's Men' and 'The Parallax View.'"

Director Michael Cuesta, who among other credits earned an Emmy nod for directing the pilot episode of "Homeland," says that, more than comic-book movies or action blockbusters, "Kill the Messenger" — the first film Renner has produced under his production banner, the Combine — represents the type of film closest to the actor's true spirit. Indeed, early reviews have praised Renner's performance as one of the strongest of his career.

"I'm not discounting any of his [franchise] work, because he's a movie star, and that's what movie stars need to do to finance these kinds of films," Cuesta said. "But we haven't seen him play a mature guy with a family and a passion for his calling in life, and he is perfect for that. His face communicates so much in the quiet moments, you don't have to have any dialogue."

"Kill the Messenger" costar Rosemarie DeWitt, who plays Webb's wife, Susan, admires the way Renner has managed to navigate between the commercial and artistic poles of Hollywood. "The fact that he can straddle those worlds so effortlessly — as an actor, it's wildly inspiring," she said.

It hasn't always been easy. Renner, who is shooting the fifth installment in the "Mission: Impossible" series and will reprise his role as the bow-and-arrow-wielding superhero Hawkeye next year in "The Avengers: Age of Ultron," admits he felt overwhelmed when, after years of just getting by, he suddenly found himself inundated with a string of high-profile, high-pressure offers, including inheriting the "Bourne" franchise from Matt Damon.

"I was doing 'Mission: Impossible,' then 'Hansel & Gretel,' then 'Avengers,' and then 'Bourne' reared its head," he said. "That was when I started freaking out. I had to think, 'Can I do this physically? Am I going to have free-will time, or am I just going to be working for the man?' I had a lot of fears about it. Suddenly I'm action-hero guy. I didn't see myself that way."

In conversation, Renner, whose parents managed a bowling alley in Modesto and divorced when he was 10, comes across as no-nonsense and unapologetically rough around the edges. (A singer-songwriter and guitarist on the side, he's interested in possibly playing outlaw country singer Waylon Jennings in a biopic.) "I'm very aware of all of my flaws and strengths as a human being and very content with them," he said. "I'll be the same with Barack Obama as I am in any scenario."

In fact, Renner met President Obama at a private event in Beverly Hills in 2012, and his lack of a filter was on full display. "I probably said some very offensive things," Renner said. "I said something about how he should strap on an 'Avengers' costume: 'You know, you could get some votes, dude. Sling a bow and arrow around you and people will start liking you.' That's OK, he laughed." 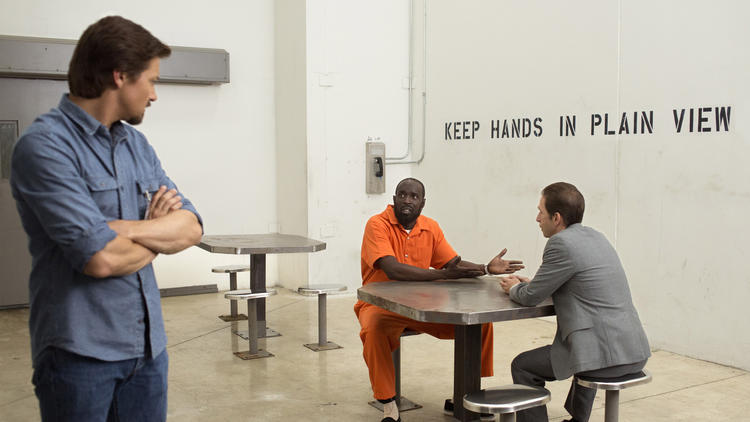 While Webb's life came unraveled in the wake of what seemed to be his biggest triumph, Renner — who recently got married for the first time to model Sonni Pacheco, with whom he has a 1-year-old daughter — is trying to keep all the balls of his success in the air as gracefully as he can. And now he has a new goal.

"The plan was always that I would retire when I'm 45," he said. "Now mind you: My definition of retirement doesn't mean I'm not working anymore. It just means I will have acquired enough work and value in my life to where I don't have to worry or shape a career or invest in anything."

If Renner has learned anything about Hollywood at this point, though, it's that sometimes you need to tweak your goals a bit — and the retirement idea is no exception. "Maybe when I'm 50," he said with a wry grin.