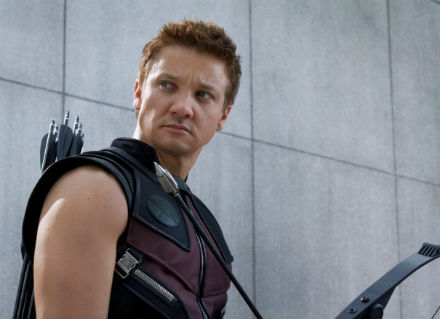 The Avengers was the highest-grossing film of 2012, and the third-highest grossing film of all time.  Loki, the brother of Thor, seeks vengeance for being cast out of Asgard.  So he steals the tesseract -- a cube with enough power to wipe out the entire planet -- and intends to use it to open a portal that would allow aliens to attack and conquer Earth.  To defeat him, a group of superhumans must put aside their differences and learn to work as a team.  Jeremy portrays S.H.I.E.L.D. agent Clint Barton, AKA Hawkeye, a highly skilled archer with a sharp eye and perfect precision.

To purchase or learn more about The Avengers, visit the following links: