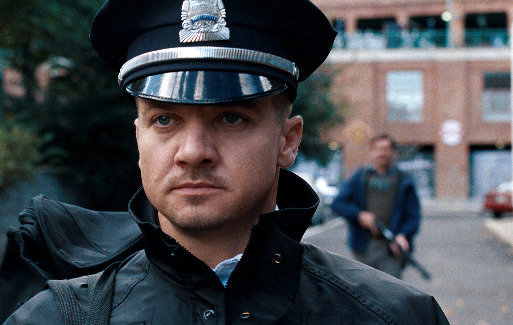 The Town is a gritty drama about a gang of bank and armored car robbers living in Charlestown, Massachusetts.  Jeremy portrays Jem Coughlin, a career criminal and loyal best friend to the gang's leader, Doug MacRay.  After Doug falls in love with a victim from one of their robberies, he must keep it a secret from Jem and the rest of the gang.  Eventually, Doug decides to leave his life of crime and move to Florida.  However, before he does so, he and his gang must complete one more robbery: the vault at historic Fenway Park.

To purchase or learn more about The Town, visit the following links: