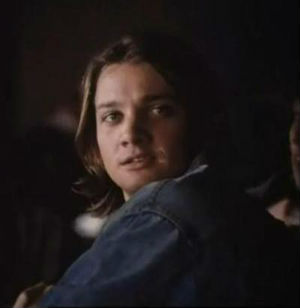 A Friend's Betrayal, also known as Stolen Youth, is a made-for-tv film about a teenager named Paul who has an affair with his mother's best friend.  When his mother finds out, she is determined to do whatever is necessary to end the relationship.  Jeremy has a very small role in the film, portraying a friend of Paul's who spreads news about the affair throughout their school.

A Friend's Betrayal is not currently available on Region 1 format.  However, it is sometimes available on PAL format at the following link: Amazon.com

You can view one of Jeremy's scenes below.