August 10, 2012 -- Jeremy Renner's Biggest Challenge Was "Not Getting Hurt": 10 Things Learned About "The Bourne Legacy" (indiewire.com)

9. For one particular sequenc 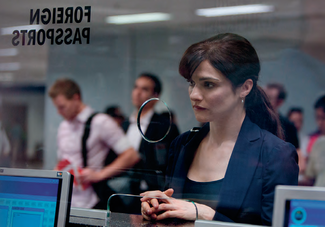 e Weisz's real fear was all the acting that was required.

Speaking of that motorcycle sequence, Weisz admitted that she didn't need to do much acting in it, as she was already terrified riding around and holding onto Renner for most of the scene. "Actually, Jeremy told me today -- it was very sweet, he never told me when we were in Manila -- that that was the scariest stunt for him because he was responsible for my life," said Weisz. "Which he was. He didn't tell me that in Manila. Thank God, because I would have been like, 'Oh my God, if he's scared, then...' I just had to surrender, I just had to hold on. But I didn't have to act, it just was terrifying."

10. Given the choice, Jeremy Renner would rather fight The Hulk than Jason Bourne. 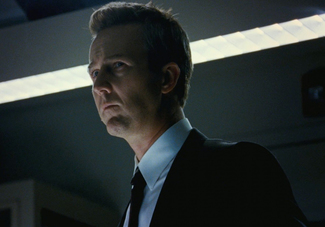 One the questions put to the cast was whether they would like face either Jason Bourne or Aaron Cross in a fight. As Weisz struggled to come up with an answer, Norton interjected. "This might be one of those moments where we remind somebody abut the fine line between what is real and what's imagined."

After the laughter died down, Renner said, "I'll take the Hulk," which got another laugh. While it's possible that Renner was referencing Norton, who played Bruce Banner in "The Incredible Hulk," it seemed more like he was talking about his "The Avengers" co-star in an attempt to not choose between the two agents.

Then Weisz quipped, "Yeah, anything to do a scene with Mark Ruffalo, right?"