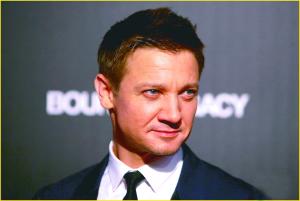 In the last 12 months alone Jeremy Renner has surged ahead in his career, emerging as Hollywood’s latest go-to-guy. Once a staple in indie cinema, the two-time Academy Award nominated actor has solidified himself as a household name thanks to his turn as Hawkeye in the billion dollar smash hit ‘The Avengers’. Now taking over the Bourne Identity franchise with his leading role in ‘The Bourne Legacy’, to say the sky’s the limit for him is a colossal understatement. Travelling down under to attend the premiere of his new action film, QNews entertainment reporter Peter Gray was lucky enough to get a moment of one-on-one time with the man himself as he made his way down the red carpet.

How you doing brother?

The last 12 months alone, you’ve had an incredible career, is this where you envisioned yourself when you started out, now with all the success that you’ve had?

No man…I feel like just having a job…I never had my sights set (on anything like this), to be given the opportunities for the movies I’ve done, to be a working actor I think just to be given a job (is the best thing).

What was it about ‘The Bourne Legacy’ that made you want to be a part of it?

I was a fan of the three previous films, I loved the style of filmmaking, love the director, the writing, the casting...it had all the challenges that made it fun to go to work.

I saw the film, it was great, did you do all your own stunts?

You did? Very nice, the motorcycle scene was my favourite.

(Smiling) Yeah, yeah that was fun!

Well congratulations on everything, all your success

Thank you brother, thanks so much.