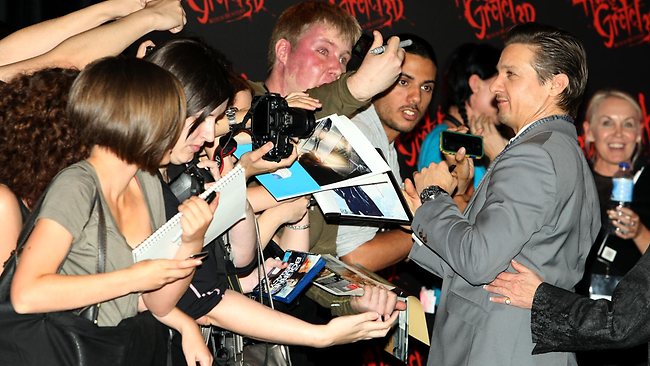 Jeremy Renner once convinced the girls on a beauty counter that he would be an "invaluable" employee.

The actor got his first big break in movies with his performance in 2008′s The Hurt Locker, having previously appeared in 2007′s 28 Days Later.

The 42-year-old struggled to get into the film industry for 18 years before he landed the role, during which time he became a trained Lancôme make-up advisor.

“I had a weekend job on a Lancôme counter for eight years,” Jeremy explained to Easy Living magazine.

“I convinced the girls who worked there that a man’s opinion could be invaluable and learned on the job. It meant I had weeks free to audition and wasn’t waiting tables or bartending like most do.”

Jeremy landed some smaller parts in films during his time at Lancôme. The Bourne Legacy star says this is what kept him going.

“I was working as an actor in bit parts so in some ways, I already felt like I’d made it,” he continued. “I wasn’t doing the roles I wanted to do, but I was on the path.”

Jeremy has since appeared in blockbusters such as The Avengers and Thor. In his latest film Hansel & Gretel: Witch Hunters Jeremy plays Hansel, which is very different to the action parts he’s previously portrayed.

“It’s a crazy ride and doesn’t take itself too seriously,” he explained. “It wasn’t as intense as some of my other roles and I liked that – I want to have a little bit more fun at work!”

Jeremy reflected on what turning 40 was like. The star isn’t fazed by ageing in the entertainment industry.

“I’ve always embraced birthdays. There were a lot of growing pains in my 20s and I still felt like a teenager when I turned 30, so I really matured when I hit 40,” he smiled. “I finally know what I like and what I want to do.”