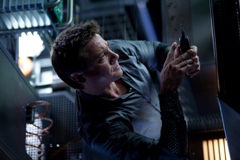 There are few Hollywood actors who can quite keep up with the meteoric rise of Jeremy Renner. Following his leading man status in 2009's Academy Award Winner for Best Picture, The Hurt Locker (which also netted him a Best Actor nomination), Renner went on to get nominated again a year later, this time as Supporting Actor in The Town. This week, he's not just taking to the big screen again, he's taking to the biggest screen as his latest, Mission: Impossible - Ghost Protocol opens in IMAX on December 16th (then everywhere on the 21st).

Starring opposite Tom Cruise, Simon Pegg, Paula Patton, Josh Holloway and more, Renner plays a new character in the blockbuster franchise, Will Brandt, who gets caught up in Ethan Hunt's most impossible mission yet.

ComingSoon.net sat down to speak with Renner about his role in the film, working in Brad Bird's live-action debut and his exciting upcoming slate, which also includes The Avengers, Hansel and Gretel: Witch Hunters, The Bourne Legacy and more.

CS: Can you explain, in your own words, who Will Brandt is and the situation that we find him in at the beginning of the film.

Jeremy Renner: Will Brandt, he's the chief analyst for the secretary of the IMF. That's a guy who's always been a voice. You never saw him. He's the guy who handed out the missions and that kind of stuff. Now you see him in this movie. He's Tom Wilkinson and I'm his right-hand man. That's when our characters meet Ethan Hunt. Things go awry and IMF is shut down. This desk jockey sort of buttoned-up analyst is thrown together in the mix with superspy Ethan Hunt and two other rogue agents. We're all rogue at this point. We have no IMF. We're all left alone. It's Ghost Protocol. So these characters are thrown together in this mixed up sort of character drama comedy that comes out of this mix. Then we slowly reveal that Brandt isn't exactly who he says he is or shows that he is. That's pretty attractive to me as a character. Brandt has secrets and allegiances that can go either way. Whether they're good or bad, I can't speak to it, but it left it pretty wide open to slowly reveal parts of this character as the movie went along. I feel like having that happen in a big action set piece like "Mission: Impossible," that chance doesn't come along very often. I felt very blessed to have such an interesting role in that kind of world.

CS: Is it important for you as an actor to know your character's backstory even if it's not a part of the plot?

Renner: Well, that kept shifting. I told you how Brandt has secrets, but a lot of characters have secrets. I always try to have secrets with every character. It doesn't matter if it's part of the film or not. That's just part of my process and this case it happens to be a big part of my character. But the secrets kept changing and the script kept changing. The name changed! It doesn't really matter. It doesn't effect me too much. I think the real challenge is to keep it all specific. Even if it's a very ambiguous character, you've got to be even more specific about the things that you do later on and about what the payoff is or isn't.

CS: It seems like there's a bit of a comedy element, too, in terms of Brandt's straight-lacedness meshing with Hunt's 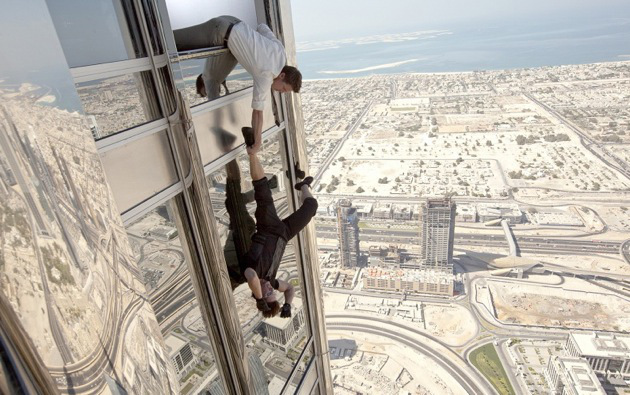 Renner: Yeah, there's all that. Brad Bird did "The Incredibles" and played with the family dynamic. There's a lot of those same well-thought out characters and comedy that cuts the dramatic tension when there's too much drama or just for the pace of the movie. He's layered in a lot of funny stuff, whether it's in the writing or the character choices. I don't know if Brandt was written to be a funny character by any means, but when you get the four of them archetypically and structurally in the story, it becomes comedic because of situations. That's so great because you haven't had that in any of the other "Mission: Impossible." That's part of Brad Bird's big stamp on it. You take the "Mission" franchise and you take "The Incredible" or any superhero franchise and you have "Ghost Protocol."

CS: Can you talk about meeting Brad for the first time? This is his first live-action film and it seems he's quite good at it.

Renner: Yeah! I met Brad and Tom when they were pitching me. There was no script yet, but they knew what the story was and who the character was going to be. I think he was originally a smaller part and Tom was really adamant about it being more of a group picture than it just being he as a superspy running around. He wanted to really incorporate it as a team so they were writing it as they were going. Meeting Brad Bird, you're not sure what you're gonna get meeting an animator who maybe just stares at cartoons all day in a dark room manipulating their faces or whatever that is. But he's the most gregarious, friendly, funny guy in the room. It's the things that he said that made me really want to do the movie. Obviously, the chance to work with Tom Cruise, "D'oh!". Who doesn't? That'd be awesome. It's a franchise movie with a franchise that's already successful. I was a fan of them. What's the reason not to do this? Do I have to lose a limb or something? Then Brad brought it home with how he saw it and why he thought I could help him the story as the character.

CS: Speaking of franchise, you've got this, The Avengers, Hansel and Gretel: Witch Hunters and The Bourne Legacy. Are franchises something that you're particularly drawn to?

Renner: Not really, no. I never went after a big franchise. I never went after a big action movie. They just sort of kind of manifested in a way. "Avengers" was the first. I decided to be a part of that and was blessed to be a part of that universe because I love what Marvel did with something so fantastical and unrealistic, making it kind of plausible, like when they did "Iron Man." I just thought those were really great movies, the first one in particular. The character of Hawkeye was always cool. He's kind of a rogue, shadowy character. That's what attracted me to him. Then he's also a human being. He just has a high skill set, so they call him a superhero. It started off by me saying, 'Why not be in a movie that will play all over the world, but that still has something that I can do in it?' Why not?" Because of that, other things started to percolate. "Mission" and then "Hansel and Gretel" and then "Bourne" came around earlier this year. It wasn't about signing on to big action movies. It just kind of happened to be this way. It was kind of impossible for me to say no. As long as there was stuff for me to do character-wise, selfishly, it's just a bigger setting. A bigger stage. What an absolute blessing to be a part of that. 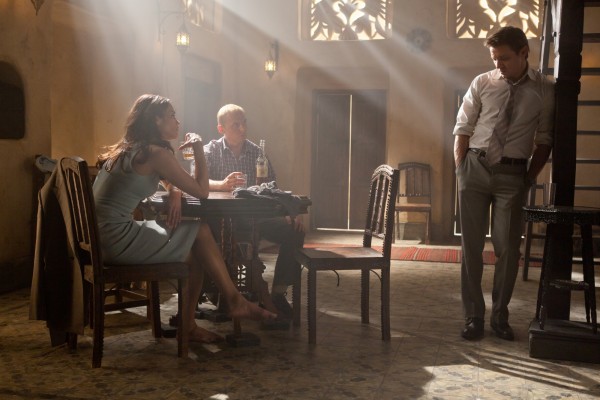 CS: How has your process for choosing a film changed post-"Hurt Locker" where you sort of became a household name.

Renner: Yeah, having more awareness in the business has been pretty key. I've gotten more opportunities to at least look at scripts from really great directors and the chance to meet really great directors. There's more opportunities, you know? That's been the biggest sort of shift and change. I always like to keep the characters to have a similarity but also an unpredictability. It keeps me guessing and it keeps audiences guessing. I love to take risks. You're not going to see me do another action movie for a while. You're talking to a guy who just did four in a row. I'm looking forward to trying something else now. I'm not sure what that is, but we'll see. I'm signed to do a movie with James Grey writing and directing. It takes place in the early 1900's with Joaquin Phoenix and Marion Cotillard. It's a small, supporting role and I jumped at the opportunity to be amidst the caliber of those artists.

CS: There's also been talk of you starring in a Steve McQueen biopic.

Renner: That's one's still really early on. He doesn't even have a first draft yet. It's certainly something that interests me. If it comes to fruition, fantastic. We'll see.