December 28, 2011 -- A Minute With: Jeremy Renner on His Mission: Impossible (reuters.com) 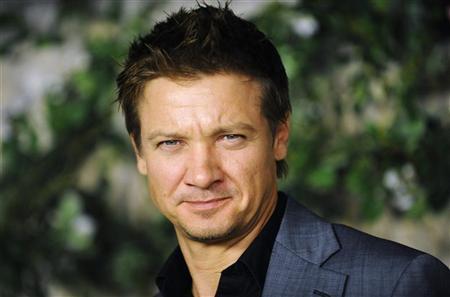 (Reuters) - Actor Jeremy Renner scuffed around Hollywood for a decade before his career took off in 2009 when he was nominated for an Oscar in his starring role in the bomb-disposal war drama "The Hurt Locker."

Renner didn't win the award, although the film earned the best movie Oscar. He followed "Hurt Locker" with another Oscar-nominated role in "The Town" and did a cameo in this year's blockbuster "Thor."

Now he's starring opposite Tom Cruise in "Mission: Impossible - Ghost Protocol," the "MI" franchise's fourth film that is No. 1 at box offices over the holidays.

Renner, 40, spoke to Reuters about how he landed the role, working with Cruise, and rumors he may take over the franchise when Cruise, nine years his senior, tires of it.

Q: Is it true you went in to discuss a possible role in "Super 8" when you were offered "MI4" instead?

A: "It's true. I was discussing 'Super 8' with J.J. Abrams, who directed that and produced ("MI4"), and that was a very secretive project too, and within a few hours I'd met Tom Cruise and ("MI4" director) Brad Bird. I went in for one movie and came out with another!"

Q: Does that happen a lot?

A: "Not to me. It's very strange. I called people and said, 'You won't believe what just happened.' It was crazy and I was shocked to suddenly be in 'MI4.' But it was so easy, sitting down with Tom and Brad. It's this fantastic fun franchise ... And there was no script then. They just pitched me the whole story, where my character was at, and it all made sense. It was very easy to say, 'Yes.'"

Q: You play the uptight analyst. Is there much of you in him?

A: "I can get very nervous about stuff, and I have to do something to relieve that nervousness -- it's not something disgusting or pornographic -- and Tom thought it was pretty funny and he put it in the movie. My character is complicated, and I really liked that. He starts off as this very buttoned-up desk-jockey type, and then things happen and there's more than meets the eye to him, which is always interesting."

Q: Any surprises working with Cruise?

A: "Just how dedicated he is. I think he has 48 hours in a day, compared to our 24. He gets so much done and is so focused. He has this childlike outlook, where he's constantly learning and growing all the time. He has this immense amount of energy because he's so excited about what he's doing. He loves what he does, and that's awesome to be around. It's infectious."

Q: There's a rumor that you may take over the franchise.

A: "I heard that. I hear lots of rumors -- that I'm sleeping with half of Hollywood -- and I'm like, 'who has the time?' No, it's not true about 'Mission: Impossible.' There's no taking over. It's not happening.

Q: Next year you do take over the "Bourne" franchise, though.

A: "Yeah, but I'm not playing Jason Bourne and taking over from Matt Damon. It's called "Bourne Legacy," and it's a sort of continuation of the story, but not based on a book like the others. I'm loving doing it, though it's very different from Mission. It feels very small and contained by comparison. It's action-heavy but not stunt-heavy with big spectacle stunts. It's more hands-on and gritty."

Q: Your career is red hot. Ever been down and out?

Q: What was your lowest point?

A: "There's loads of those. I had stretches where I couldn't afford the electric bill, but I was still alive and kicking -- and still smiling. That's the most important thing. Even in my darkest hour, I was still happy doing what I do. I never considered ever giving up. Not once."

Q: What do you do when you're not working on movies?

A: "I'm very active. I love skiing, building houses, and music's still a big part of my life. I used to have a garage band, and now I love writing songs. It's a great outlet as it only needs me. I don't need scripts or a whole film crew. It can happen instantaneously."