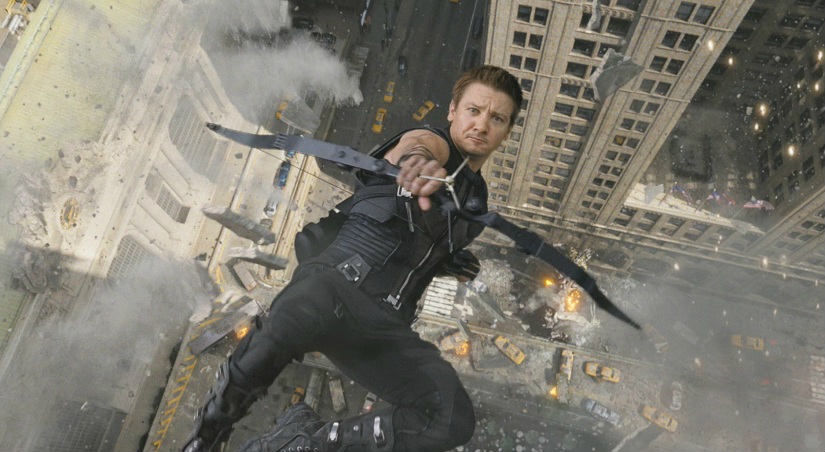 Marvel’s ‘The Avengers,’ the Superhero team-up of a lifetime, featuring iconic Marvel Superheroes Iron Man, The Incredible Hulk, Thor, Captain America, Hawkeye and Black Widow. When an unexpected enemy emerges that threatens global safety and security, Nick Fury, Director of the international peacekeeping agency known as S.H.I.E.L.D., finds himself in need of a team to pull the world back from the brink of disaster. Spanning the globe, a daring recruitment effort begins.

What was your knowledge of The Avengers before you got onboard to play Hawkeye/Clint Barton?

Jeremy Renner: I was vaguely familiar with Captain America, Iron Man, Thor and the bigger ones, but I was never really into comics to be honest. Whatever made it to cartoon I probably watched it. I was a bit unfamiliar, which I thought was a benefit for me because I had no preconceived ideas about anything. And then when I went to meet the Marvel President, Kevin Feige, about the idea, about Hawkeye. He was showing me images, they were images of Hawkeye from ‘The Ultimates.’ That really got me interested, the vision they had, this highly skilled, lone wolf sort of guy.

Like you said, Hawkeye and is highly skilled rather than having super powers, what was that like for you amongst this Superhero team?

Jeremy Renner: I really liked the idea that he’s a human being, a normal human being, but a human being with a high skill set who is a bit of a rogue agent. Hawkeye is alone in the game, an outcast and a loner; he’s a lone wolf sort of character, so he’s not a team player, but will be there if needed. I was really excited to grab onto this world, have a character I could understand a little bit. I’ve done a lot of heavy stuff in cinema, a lot of dramatic stuff, but this was just fun, ‘The Avengers’ was so much fun. To work alongside this great cast as well, it was an honour. But it was definitely easier for me to have a character I could understand and grab onto. 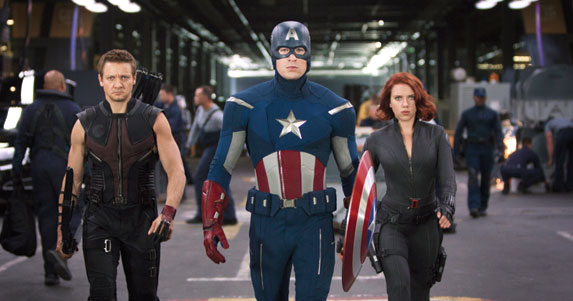 How did the training help inform you about Hawkeye? You’re involved with some great action in ‘The Avengers.’

Jeremy Renner: It really helped. With the bow and arrow, I wanted to slow it down a little bit, just precision, precision, precision. If it was a no-look shot, it was all about technique and precision, that was really important to me. I did that a lot in stunt training. And also using the actual bow as a weopon, we did that a lot. I’ve played a few snipers before and there’s a really interesting mentality that comes along with being a sharp shooter, so I thought it was a pretty fun character to play. The training was fun. It was like going to the playground at school (laughs).

How was it working with Joss Whedon? I think he’s done an amazing job in balancing and grounding these characters, while still having all the sci-fi and action elements.

Jeremy Renner: Oh yeah. Joss Whedon is just a great writer and he’s so specific. Then also….what a massive challenge, an impossible challenge in so many ways. To really assemble all these characters that are normally number 1, they’re normally the ones that carry a movie on their own. Throwing them all together in a mix, then to keep it interesting. He spent a lot of time on humanity, giving things a sense of humour, making these guys relatable and grounded. He was awesome, truly awesome.