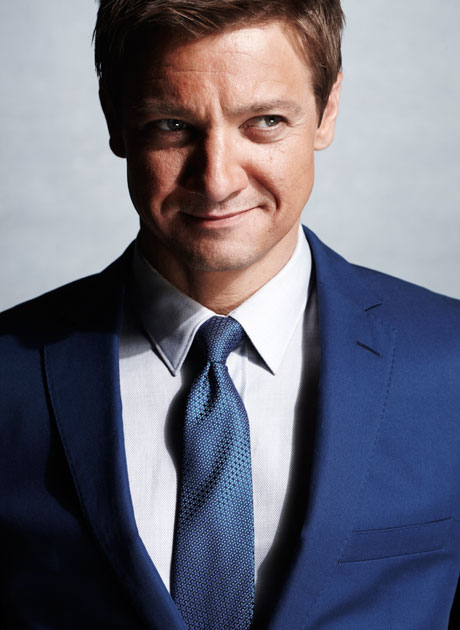 Except that's not even close to being true.

Renner passes a diner, Mel's Drive-in on Sunset Boulevard, that he and Winters have always gone to each time they've bought a new house. It's another one of their signatures. This is how it always starts. They grab a table together, and they pull out a wad of napkins, and they begin planning out their next grand parlay, plus an extra 5 or 10 percent. They talk about the sort of house they want in the end and how to get there, step after purposeful step. The stars have nothing to do with it. "Architecture and building is about how you get around the obstacles that are presented to you," Renner says. "That sometimes determines how successful you'll be: How good are you at going around obstacles?"

This last time at Mel's, after he'd first seen the house in the canyon, the one he's going to live in forever, he and Winters were tearing into their napkins when Renner looked up. And right there, on the side of the building across the street, was an enormous mural for The Avengers. There was Renner, with his pile of napkins in front of him, looking up at a superhero version of himself, several stories taller than any structure he'd ever built. He and Winters stopped and laughed for a minute, thinking about how far they'd come, all the way from 7777 Hollywood Boulevard and Nichols Canyon to The Bourne Legacy and the Reserve, how lucky they were, and then they went back to turning their napkins into maps.