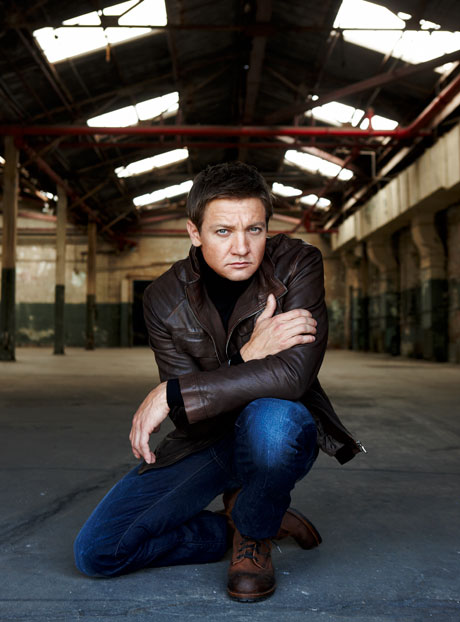 Renner heads for Beverly Hills to meet Winters at their latest build on Delfern Drive. Really, this one is 95 percent Winters, because Renner's been so busy with his other work, but they've still been sharing the psychic load. It's easily their biggest risk. "This is a big job," Renner says back in the Porsche. "Big, big, big job."

He's not kidding. All that remains of the original house is a pair of towering brick fireplaces. The rest of the construction — ten thousand square feet on a single story, an art deco palace with fourteen-foot ceilings and eleven bathrooms — is new. Renner and Winters walk over the acres of dirt to the front doors, above which two square, stone eagles have been perched. They were salvaged, they were told, from the old Federal Reserve building in Los Angeles. "Hey, the eagles are up!" Renner shouts happily. They've been at it for close to a year; they have maybe three months to go. They're calling the house the Reserve. It is a monument.

Workers are everywhere, stripping the palm trees, painting trim. Winters wants Renner's advice on some finishing touches, and they drift through the master bedroom into what will be one of two enormous closets. It alone is several hundred square feet, with its own bathroom and custom walnut cabinetry. Winters has three small walnut panels propped up under the light, each with a slightly different stain on it, each a shade of gray.

Renner likes the lightest of the three because it shows off the wood's grain the most. "I think that's beautiful, dude," and he's right. It really is beautiful. Every corner of this house — the shining tin ceiling in the kitchen, the door casings that mirror the setbacks on the roof outside — is evidence of care.

"We've made a killing even during this down market," Winters says later. "Sometimes in life you have to give that extra 5 or 10 percent, and that really makes the difference." One of those extra percentage points is waiting in the garage: a grand fountain, at the center of which is a life-sized sculpture of a woman. A famous actor apparently owned it before he ran into financial problems. Winters and Renner bought it at an IRS auction. Together, they plan on listing this house for at least $22 million, maybe as high as $25 million, while a fellow actor watches his life get liquidated.

"I'm very lucky," Renner says, tearing through the streets again. "I could have pretty easily been driving a forklift." He could be driving an open-topped van filled with tourists, shouting down to a woman he used to know.