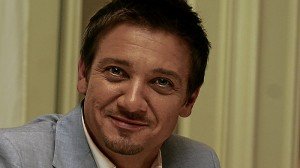 ave any cousins there?,” Jeremy Renner jokingly asked me when I mentioned that I am from the Philippines. He was riffing on the impression that Filipinos seem to have lots of relatives—everywhere. Jeremy is poised to become a full-fledged action star in “The Bourne Legacy.”

Whether running across rooftops in San Andres, Manila, making daredevil maneuvers while driving a motorcycle on Ramon Magsaysay blvd. or eluding a drone in the Canadian Rockies (subbing as Alaska), Jeremy delivers a new action hero in Aaron Cross. The actor compellingly plays an operative who must flee and battle to save his life when a top-secret program he’s a part of is terminated, and everyone involved is ordered eliminated.

Aaron and Dr. Marta Shearing (Rachel Weisz), a research scientist for a pharmaceutical giant, hie off to the Philippines, where the final 40 minutes of the film take place. Tony Gilroy, who directed from the original story he wrote, draws strong performances from his cast, which includes Edward Norton, Oscar Isaac and talented Filipino actors in minor roles (but the director, Jeremy, Rachel and producer Frank Marshall were effusive in their praise of these thespians who come mostly from theater).

Jeremy was also expansive in his praise of the Filipinos and the Philippines. He said, “The people made shooting there a wonderful experience. We were shooting in the most unglamorous of all locations, but the people were so generous with their time. I appreciated their efforts. We were able to shoot there because of them. It was fantastic! I enjoyed it.”

Palawan and Boracay stood out in the actor’s memory. “That’s the polar side—where we were shooting earlier was in extreme poverty—then, you go to these islands that seem spawned from the heavens, really. They are some of the most beautiful islands I’ve ever seen. Whatever water sport you could do, you’d want to do it there. It’s gorgeous!”

When Jeremy was asked about the un-glamorous aspects of playing a spy, he shared an anecdote about shooting the film’s thrilling motorcycle chase scene with Rachel, which ends at the Navotas Fish Port Complex.

“There’s a scene when the motorcycle goes down,” he began. “While we were shooting that, we were getting dragged across the concrete floor in the fish market. We slide and come to a stop. I look over at Rachel and ask if she’s okay. She looks at me like, ‘We’re OK!’ But, I look at her again, and she has these little white stuff—dead fish scales—everywhere, in her nose, even on her teeth.”

Laughing, he remarked, “We realized that there’s nothing glamorous about this job, even for an actor playing a spy.”

Interestingly, Jeremy claims that his action roles, from William Brandt (“Mission Impossible”), Hawkeye (“Thor” and “The Avengers”) to Aaron Cross, make him uncomfortable—and that’s why he does them. “That’s kind of a requirement for me wanting to go to work,” said the actor who studied Filipino stick fighting. “If I was comfortable and knew exactly what was going to happen, that would be uninteresting to me.”

“I never thought I’d be doing four action movies in a row,” he admitted. “But, I’m very blessed and honored to have been a part of this film. It has been a wonderful growing experience, mentally and physically.”

The Oscar and Golden Globe nominated actor claimed that he didn’t feel uneasy starring in a “Bourne” movie, because he was not replacing Matt Damon as Jason Bourne, but playing a new character.

The challenge lay elsewhere, he said. “The only pressure for me was that the movie could have gotten a big disservice if I couldn’t perform physically what was expected of me.”

Jeremy, one of his generation’s finest actors, has short but terrific tension-filled scenes with Oscar Isaac, who plays another operative.

Tony said the tension between the two spies sizing each other up might have been helped by the fact that Oscar was also considered for the Aaron Cross role. Jeremy downplayed that factor. “It makes a good story, but those scenes work, because Oscar is a tremendous actor,” he stressed. “And we had great writing.”

With the film’s emphasis on inventing performance-enhancing pills to create better warriors, Jeremy was asked what he would like to enhance in himself. “The ability to go to sleep faster,” he quipped with a laugh. “I would love to be a narcolept, for sure. I would love to just be able to pass out when I need to.”

On how he keeps himself centered amid an increasingly busy schedule, Jeremy said he craves for “time alone—that is always nice. In a world like this, you are having conversations with bunches of people all the time. So, it’s whenever I can get a private moment. And music is always great for me. I bring headphones with me everywhere.”

And, how does he reward himself? “Naps and tuna sandwiches,” he dished with a chuckle.

Egged on to talk about his vision for what lies ahead, Jeremy, whose upcoming films include “Hansel and Gretel: Witch Hunters” (he and Gemma Arterton play the title roles, 15 years after their gingerbread house “incident”), demurred by saying, “I have never allowed myself to think far into the future. I’ve never been good at that. I was never good at looking backwards—at the past—either. I was always good at being present—because, that way, I could really enjoy my life.”