August 6, 2012 -- Jeremy Renner, Rachel Weisz, and Edward Norton Talk "The Bourne Legacy" and Where the Franchise Could Go From Here (collider.com)

The Bourne Legacy is the next chapter of the hugely popular espionage franchise, that this time exposes a darker layer of intrigue and a deeper mythology than anyone ever suspected. This time around, Aaron Cross (Jeremy Renner) is in a fight for his life, when his program because as much of a liability as Treadstone, after Jason Bourne’s public exposure threatens decades of research and development into the building of better soldiers.

During a press conference to promote the film’s August 10th release, co-stars Jeremy Renner, Rachel Weisz (who plays top-security research scientist Dr. Marta Shearing) and Edward Norton (who plays Ret. Col. Eric Byer, the man who built these programs) talked about where the franchise could be headed in the future, the challenges of this type of physical action, riding a motorcycle through the very crowded streets of Manila, shooting in the freezing cold, and staying focused on the work without thinking about how daunting the entire process is. Check out what they had to say after the jump.

Question: Jeremy, how much more difficult was this hand-to-hand combat, as opposed to M:I 4 and The Avengers? 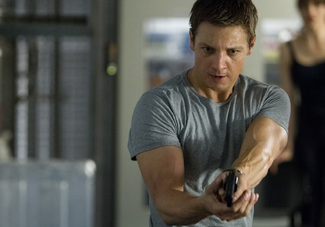 JEREMY RENNER: Every day was difficult. There was really no difference. It was just a challenge with a different set of circumstances. I was lucky enough to have Mission and The Avengers beforehand. The same guys I worked with on those came to Bourne, so I had a running start with that. If anything, it might have been a little easier, even though what was required of me was a lot more.

Will Aaron Cross meet and team up with Jason Bourne for the next installment? Is that where the franchise is headed?

RENNER: As far as the future, I’m excited that the architects and creators behind this whole thing have cleverly left it wide open for fans, like myself, wondering what the heck is going to go on next.

One of the big differences between Aaron Cross and Jason Bourne is that Aaron likes being an agent. How did that help you wrap your head around playing this character?

RENNER: I don’t start off figuring out the character by comparing it to another character. I looked at page one to page 120, and then went over all the circumstances with Tony [Gilroy] and figured it out from there. What was very exciting to me is that it’s a new pallette of colors and a new canvas to paint upon with the circumstance of being willing. I feel connected to that idea of wanting to belong to something and have a sense of purpose, as a man on the planet. I think most people do. That’s what I initially connected to. He’s a guy that really wants to belong, whether it’s the military, or a program that really makes you feel like you’re doing some sort of good on the planet.

Rachel, what was it like to get to do so much action in this film? 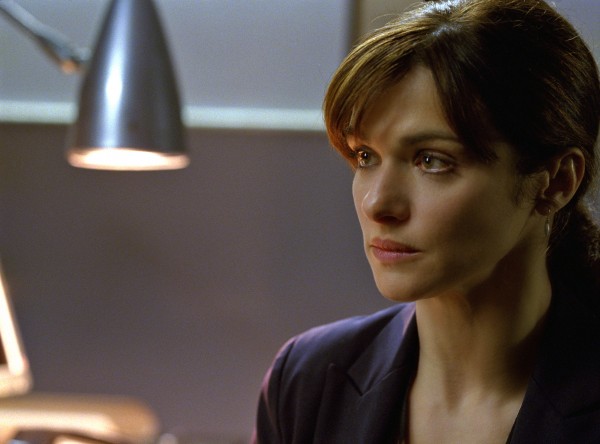 RACHEL WEISZ: What I really like about the tone of the Bourne films is that they’re really realistic, I’m not playing an action heroine. I’m playing a scientist who is a pretty normal person. I’m not physically gifted, in any way. I think it’s always very realistic. She’s really scared. She’s really terrified. And then, at the end, she gets to kick ass, a little bit, but she’s not a superhero.

How was it to ride on a motorcycle through Manila with Jeremy Renner?

WEISZ: It was really terrifying! Jeremy never told me when we were in Manila, but that was the scariest stunt for him because he was responsible for my life. He didn’t tell me that in Manila, thank god, because I would have been like, “Oh, my god!” I just had to surrender and hold on. I didn’t have to act. It just was terrifying.

Edward, do you have any advice for starting something from scratch, like you did with Class 5 Films?

NORTON: Class 5 is a production company my partners and I have had. Originally, we put it together just to make our own movies, and then we started expanding out to backing other filmmakers and their passion projects, and things like that. The people involved in it are a writer and some actors. None of us set out to be movie producers, really. For young, creative people, I don’t think you should sit around and wait for people to give you an opportunity to express yourself or do your work, or whatever. Actors have to be producers and writers have to be producers. In the beginning, you’ve got to try to manifest it for yourself. A lot of times, in our business, things that get prominent or suddenly become a really well known shingle just started off as a couple of artists who were trying to create their own opportunities. I would just say, “Don’t wait on anybody else. Set it up for yourself and do it. Wear all the hats, if you have to.” 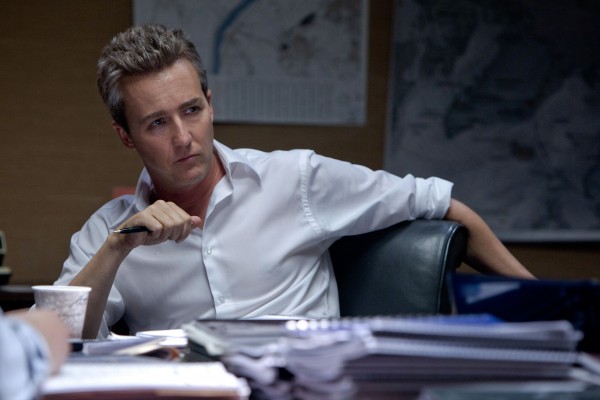 Do you feel that your character thinks he is more noble than he actually is?

NORTON: I’d rather not answer the question. I think that’s a question that’s being purposefully posed. That’s what makes Tony’s approach to this film more interesting to me than trafficking in villains and heroes. A lot of what we see going on in the world, every day, that makes us possibly a little bit uncomfortable with what’s being done in our name and under our banner, has that question embedded within it. It has that question of, “Is our security worth the compromise of our values, and at what level?” So, I enjoy the idea of those paradoxes and rationalizations hanging out there for people to sit with and decide how they feel about this guy. I’m happy that you’re asking the question, but I’ll leave it at that.

Jeremy, what was the biggest challenge in taking on this role – was it the stunt work and physicality, was it the global bouncing around, or was it the pressure of stepping into this popular franchise?

RENNER: Not getting hurt. I couldn’t get injured. I was wanting to do as much as I possible could because of the responsibility of the authenticity of the three films prior. It would do a great injustice and disservice to this film, if I could not perform what was required. I like those challenges. I like those physical obstacles. Outside of them, it’s a job, from page one to 120. There was a tremendous cast and director and writing. I was excited to go to work.

Did you get hurt at all? 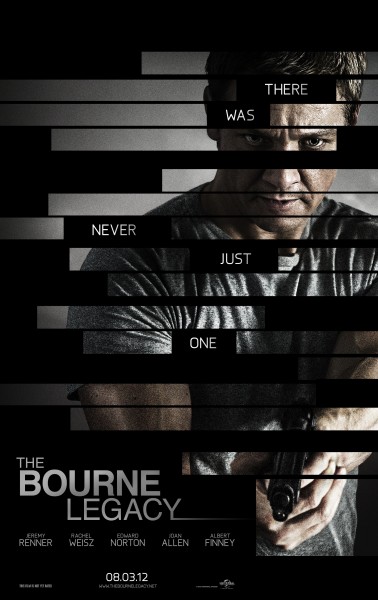 RENNER: I hurt my feelings, here and there. You get banged up a little bit, but if you don’t get banged up, you’re not working hard enough, in my mind. But, I never got injured to where it stopped me from doing what I needed to do.

How challenging was it to shoot in such cold weather, out in the snow?

RENNER: For everybody, cold is cold, no matter if you’re holding the camera or you’re in front of it. You don’t ask for that sort of physical torture, but it’s very telling and makes it even easier to play because it’s part of the scene. We weren’t shooting it in the Rockies and pretending it was summer. It was cold, and it was supposed to be. The only thing that’s really challenging is that I’m supposed to be a tough guy who thinks, “Oh, it’s not cold!,” but I was freezing. But, it was just another one of those challenges to overcome. It wasn’t easy, but it was beautiful and became a character in itself, I think. [Tony Gilroy] had batteries in his gloves and heated underwear. He had everything on that could be powered. He was not very good in the cold. He asked me to jump in the water naked and said that he was willing to do it with me, but he didn’t mean it. But, I’m glad that he said that. I appreciated it.

Jeremy, once you were cast in this role, did you talk to or hear anything from Matt Damon?

RENNER: No, we didn’t reach out to each other, at all. We never spoke creatively about it. I’ve known him for years, but I inadvertently ran into him before we started. We had a good time at a birthday party, and that was about it.

With the amount of work that goes into a film like this, looking at it from start to finish, does it ever seem daunting? How do you stay focused on the work, the whole time? 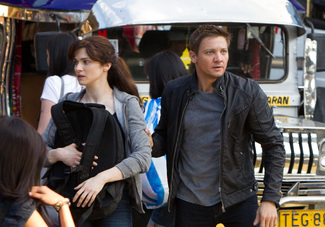 RENNER: It’s like running downhill, I suppose. That’s what it felt like. I felt like my personal workload was minimal compared to the entire process of filmmaking. For me, it was about getting enough sleep and being physically adept enough to be able to perform when I needed to perform. That was it, every day. There was fighting, training, stretching, or whatever I had to do to get through the day. It was like, “Here’s food. Here’s water. Now, go do this.” The treats were the moments I had with Edward [Norton] and Rachel [Weisz]. Those were the little treats along the way that kept me going through the really physical part of the movie.

Rachel, if this movie had been centered around a female program participant, would you have been up for that?

If you had to choose Aaron Cross or Jason Bourne to go up against, who would it be and why?

WEISZ: I really don’t know how to answer that question.

NORTON: I think this might be one of those moments where we remind somebody about the fine line between what’s real and what’s magic. 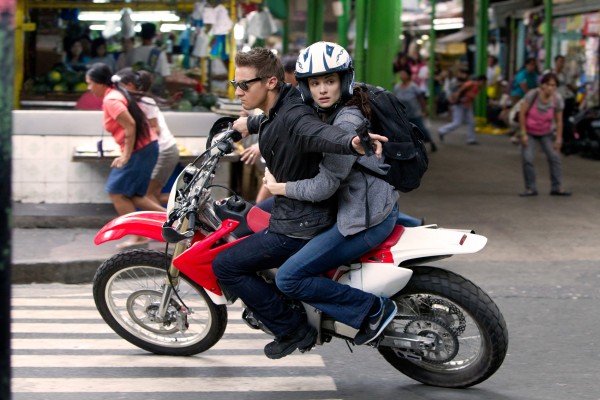