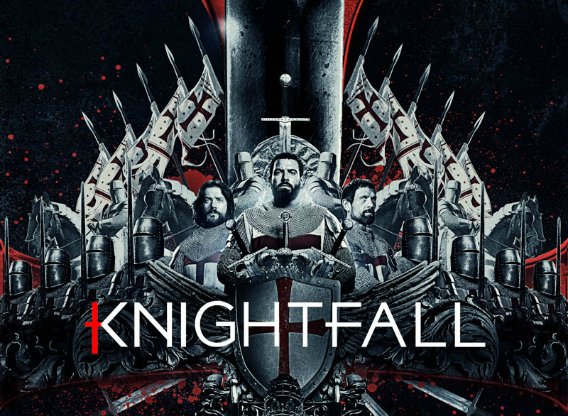 The History Channel series Knightfall, produced by Jeremy, has been renewed for a second season!  Aaron Helbing is taking over as showrunner from Dominic Minghella. In addition, Mark Hamill will be joining the cast in a recurring role as Talus, a veteran of the Crusades who survived ten years in captivity and now trains new initiates to the Order.  Other actors joining the seriers include Tom Forbes, who will portray Prince Louis, and Genevieve Gaunt, who will portray Isabella.  History Channel's programming executive Eli Lehrer promises a "grittier, darker" show in season two.

We do not yet know when the new season will premiere, but will post that information as soon as it is announced!