Oscar Wrap Magazine: “We’re very, very happy to get the film back [from Weinstein],” says the star of the Taylor Sheridan drama.

For Jeremy Renner, “Wind River” was always going to be an awards-season longshot — even before the Harvey Weinstein mess.  Taylor Sheridan’s quietly gripping drama features what is likely Renner’s best performance since his Oscar-nominated turn in “The Hurt Locker,” but it was a small indie, a serious drama that was going to require careful nurturing.

It had a well-received debut at Sundance in January, a successful encore at Cannes in May, and a summer release that found it grossing an impressive $40 million amid the market heavy in would-be blockbusters.

But “Wind River” was released by the Weinstein Company, which means that it suffered a blow with accusations leveled at executive producer and distributor Harvey Weinstein. The film was already out of theaters at that point, and the Native American tribe that helped finance the movie put up additional money to reclaim it and fund an awards campaign on its own, with no input from the reeling TWC.

“They did a great job of putting it out and getting it seen,” Renner said said of the Weinstein Company. “But it’s ironic to have this movie we made about atrocities toward women, and then this guy does what he does.

“He’s not involved anymore, nor is the company. Let that empire crumble, as it probably deserves to do. All I can say is we’re very, very happy to get the film back, because we believe in it.”

There’s a lot to believe in about the movie, and Renner’s performance. Playing a tracker and hunter on a remote Native American reservation who assists a green FBI agent (Elizabeth Olsen) in the search for the killer of a young woman, in the process stirring up his own unimaginable loss, Renner plays a man who tries to be stoic but can’t help but crack.

The performance is all about understatement, but in his hands the smallest of gestures can be wrenching.

“This movie changed my life in a lot of ways,” said Renner, who said he only picked up the “Wind River” script after Sheridan promised to buy him a great bottle of whiskey if he’d just read the first 10 pages.

It only took three pages, he said, before he was hooked — and it only took one conversation with Sheridan for him to trust that the first-time director (who’d previously written “Hell or High Water” and “Sicario”) could handle the new job. 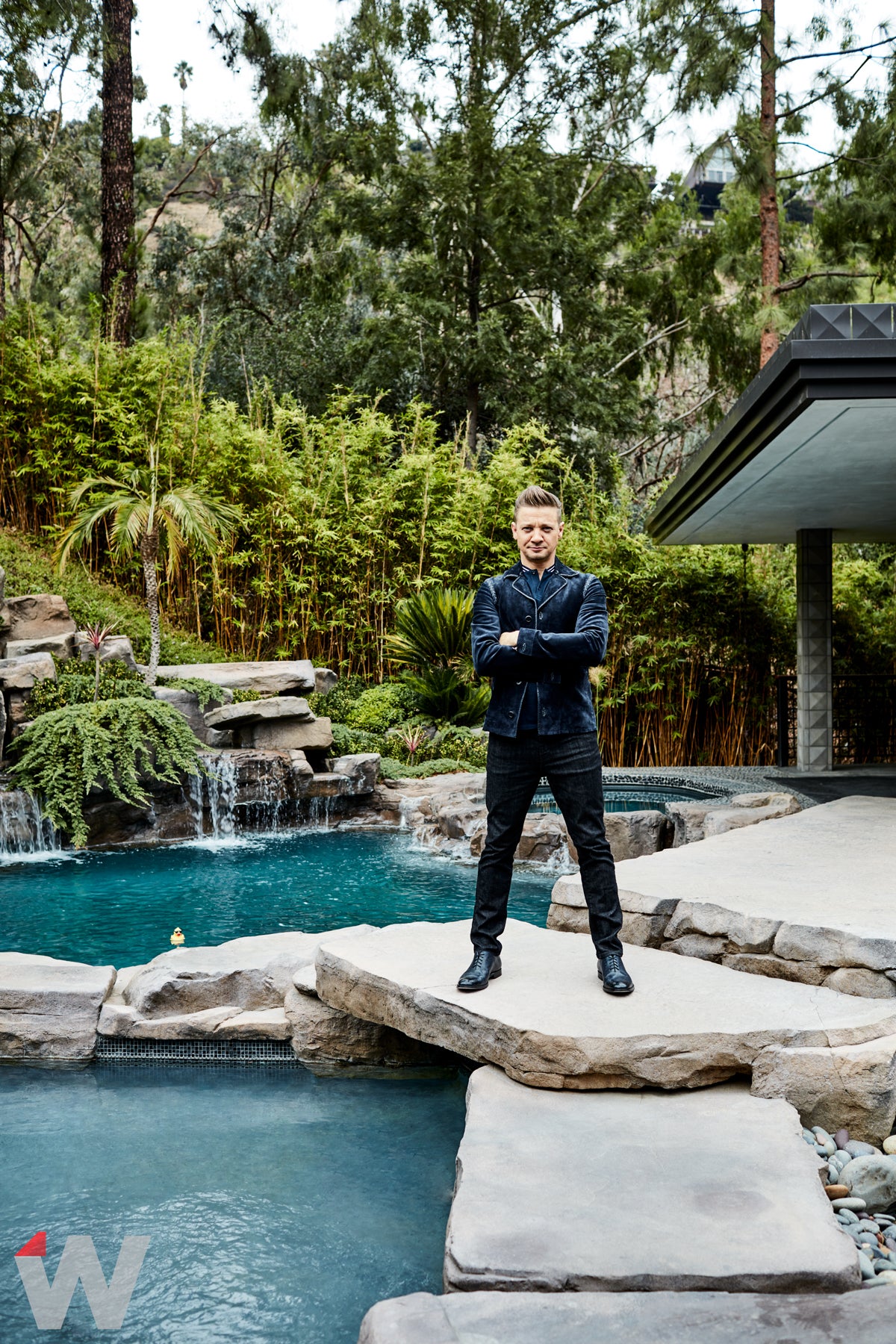 The film shot in the snow in Utah, in conditions that he said served only to bond the cast and crew.

“In ‘Hurt Locker,’ it was the same thing,” he said. “The last thing I think about is me. Everybody is in it for the same reason — nobody’s there with attitude. We’re all cold, and there’s no place to go to the bathroom, and we’re all in it together. You have that communion. We’re a team, and that’s impenetrable.”

A surprise, he added, came when he looked back at his performance and realized who he’d been playing. “That character is my mom,” he said. “That fortitude — doesn’t complain, doesn’t focus on the negative, moves forward, problem-solves and keeps going. I played my mom.

“That makes you realize how badass my mom is, and I couldn’t be more proud because of that.”

Source: Steve Pond at The Wrap