Wind River's Jeremy Renner: Being a Father is Number One. Movies Come Second (The Independent -- UK)

Renner, who was nominated for the Academy Award for Best Actor for his performance in 'The Hurt Locker', stars with Elizabeth Olsen in Taylor Sheridan's 'Wind River', a murder mystery that touches on male grief. 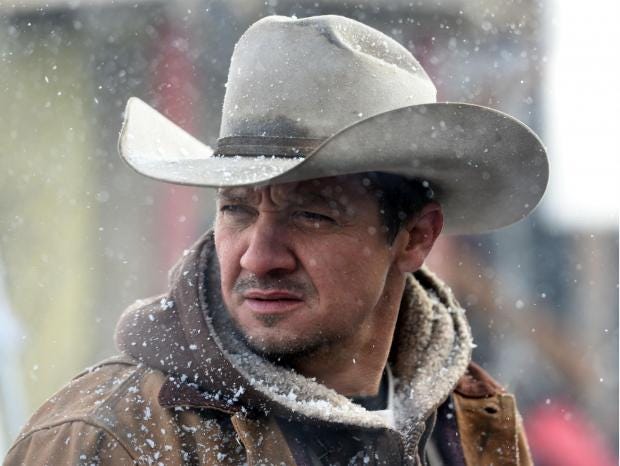 To the casual filmgoer, Jeremy Renner is the sinewy star on standby to play alpha-male Hollywood heroes. He’s dead-shot superhero Hawkeye in The Avengers movies. He’s played espionage agents in the Mission: Impossible franchise and The Bourne Legacy. And received two Oscar nods for his bomb disposal expert in The Hurt Locker and bank robber in The Town. “Ninety percent of my movies, I have a weapon in my hand,” he says, grimacing. “Whatever. I grew up with guns.”

Yet there’s another side to the granite-like Renner: the sensitive soul who renovates homes in his spare time, raises his 3 year-old daughter Ava and stars in defiantly non-Hollywood movies like Arrival and The Immigrant. His latest film Wind River falls into this category. Written and directed by Taylor Sheridan, the film is set on the real-life Wind River Indian Reservation in Wyoming. Like Sheridan’s earlier scripts, drugs drama Sicario and the Oscar-nominated Hell or High Water, it comes with an impressively textured sense of place.

Renner plays Cory Lambert, a U.S. Fish and Wildlife officer who spends his days hunting coyotes and other predators. Nursing his own trauma, after the death of his daughter years earlier, his life up-ends when he discovers the body of an 18 year-old Native American woman on the reservation. With the disturbing revelations drip-fed, the film is every bit as uncompromising as the morally murky Sicario and as bleak as the film’s wintry Wyoming backdrops. “It’s a beautiful, small, insular film,” Renner notes.

The actor calls it “a wonderful education” and “a slap in the face, realising always how ignorant I am” when it comes to Native American culture.  “I feel like it’s something that should be celebrated. It’s a culture that has [had] a boot on their neck for so damn long and you can name that through history, where this has happened. It’s a culture that needs to be celebrated and not taken advantage of because, say, there’s a pipe that needs to run through their land.” 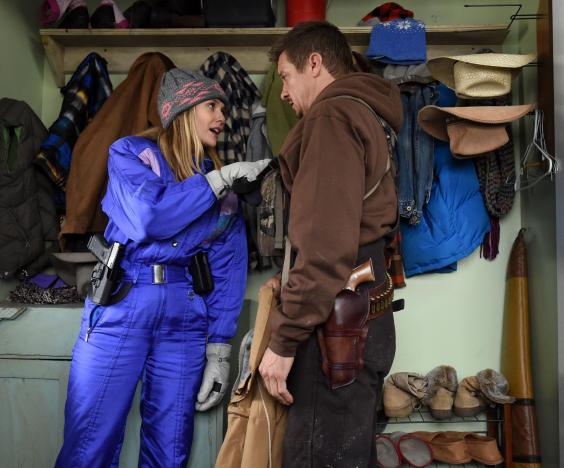 Renner as Cory Lambert and Elizabeth Olsen, who plays Jane Banner, an FBI agent, are both

The French-Canadian Denis Villeneuve, director of Sicario and Arrival, first encouraged Renner to take on Sheridan’s script. “I’m glad Denis pushed me to go do it,” he says. Like Arrival, the film deals with unimaginable, unspeakable loss, something the 46 year-old Renner isn’t afraid to talk about. “I’ve lost to crib death, and lots of things like that in my family,” he says, quietly. “When you see a six month-old pass…that’s not easy, man. It’s not easy.”

He continues. “I feel like anybody that goes through loss – you either run from it, you steer towards it. There is no right or wrong way. I’ve had two people in my life that have lost a husband, a father, and a child in the same year. Two people I know.” One was his grandmother, the other his acting coach. “As strong and unflappable as they both are…always the child loss is the one that sends them spinning. I can’t say that I understand that experience totally, but loss is loss.” 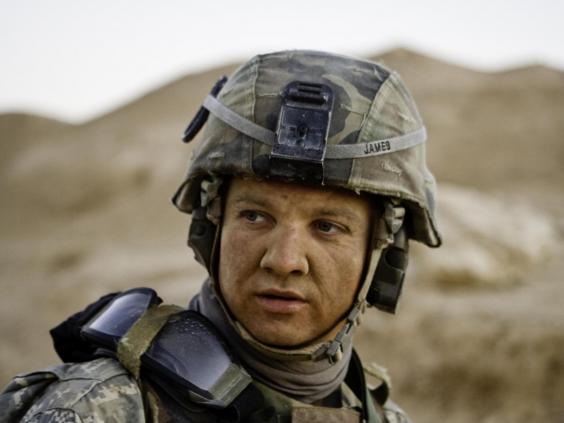 For all his tough guy act (“I’m the last guy you want chasing after you,” he says, at one point), Renner is highly attuned to his emotions. The first time he saw Arrival, “I ran out of the theatre, jumped in my car, sobbed and drove home,” he says. He talks about playing scenes in Wind River where he unexpectedly “fell apart”, emotionally, because he was inhabiting the character’s head space. “It became a barrel of water that slow-leaks, seeping out, and I had to run with that because I couldn’t hold in the emotion.”

As much as Wind River deals with the treatment of Native Americans - and particularly violence against women - it’s also a study of male grief. Initially imagining the character as stoic, Renner couldn’t hold back the tears. “I come from that kind of school where…guys don’t cry. It’s not acceptable. I realise that’s a silly sort of way to live but it was an interesting inner struggle for the character and I realised that what I initially intended to do was not going to be…the truth. So I let it be what it was; I didn’t fight it.” 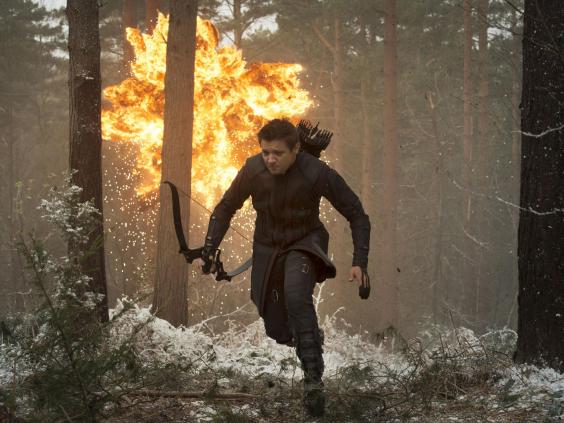 'Infinity War'and its follow-up, is currently being shot back to back

The oldest of seven, Renner’s blue-collar background meant he was expected to work locally in Modesto, California, where his father ran a bowling alley. He made his escape, but after more than twenty years in Hollywood, he does regret losing the simple life. “Sometimes I’m jealous of those that stayed,” he admit, recalling his return to a series of high-school reunions, during which time he went from jobbing actor to big star. “I still envied those who could do what I want to do now – be a stay-at-home Dad.”

Renner’s daughter Ava came from his short-lived, ten-month marriage to Canadian model Sonni Pacheco – which ended in divorce proceedings after “irreconcilable differences” were cited. His privacy has always been highly guarded, and understandably he’s keen to shield his child from his work. “She doesn’t need to see anything I do. I’m going to keep her away from anything I do. She’s been on a lot of movie sets but she doesn’t need to see the output of what I do. I don’t care if she ever does.”

Parenthood aside, Renner seems enamoured mostly by his business building and renovating homes. He and his partner have managed 27 such projects now. “I love the idea of building homes and lifestyles for people because it’s a tangible thing; you can touch it, you can feel it. It’s around, it exists. I don’t paint, I don’t sculpt – those are tangible things. It’s the only thing I do that is tangible and that has a lot of value to me.”

He’s back now playing Marvel hero Hawkeye for the latest Avengers instalment, Infinity War and its as-yet-unnamed follow-up, currently being shot back-to-back. “Two very, very different movies,” he says, cautious of giving too much away. He’s one of the few Marvel characters yet to receive a stand-alone movie, though he’s losing no sleep over it. “Being a father is number one. That’s what keeps me focused, and not worrying about whether movies may or may not come my way.”

Source: James Mottram at The Independent.